Colette Dartford - School For Mothers
Listen to the latest SFM Podcast episode:
#168 WHAT’S THE WORST THAT CAN HAPPEN?

Join our Community and get the SFM Newsletter 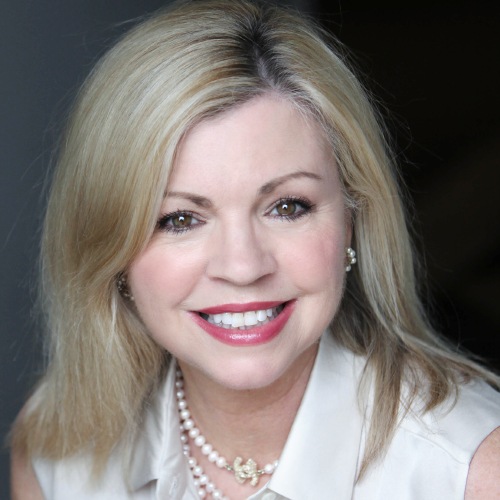 Colette writes contemporary fiction for adults.  Her books evoke a strong sense of place: the sun-drenched Napa Valley in Northern California; the fertile vineyards of South West France; England’s vibrant capital and its windswept countryside. Her debut novel, Learning To Speak American, was published as an e-book in November 2015 and was an Amazon top 100 bestseller, reaching number 5 in Romance. The paperback version of Learning To Speak American was published in July 2016. Colette’s second novel, An Unsuitable Marriage, was published by Bonnier Zaffre in March 2017 and is a kindle bestseller. Colette is represented by Robert Kirby at United Agents and published by Bonnier Zaffre.

School For Mothers: Who are the members of your family?

My husband is Trevor – a youthful snappy dresser in his early 60s.

I have three children – a daughter in her mid-30s, a son in his early 30s and another in his late 20s. Two live and work abroad (one in Dubai and one in China) so I’ve accrued an awful lot of air miles. Despite geography, we’re a very close family.

Writing has always been a major part of your career, can you tell us what career roles you’ve had that include this?

Following a generous scholarship from the Economic & Social Research Council I undertook a doctorate in political science. This led to a career in policy and research, which involved a good deal of writing. The style was factual and evidential—reports and papers on specific issues—which is very different to the creative writing skills required to produce a novel.

How did you make the shift from non-fiction to fiction, and why?

I had the opportunity to live in California and the terms of my visa meant I wasn’t allowed to work. With time on my hands, and inspired by the beauty of the Napa Valley, I began to write a story. The more I wrote, the more immersed I became. That story eventually became my debut novel, Learning To Speak American.

Who are your typical readers?

My agent describes my books as ‘commercial women’s fiction,’ and because I write about relationships—marriages, love affairs, friendships—I suppose my typical readers are women with a degree of life experience behind them. That having been said, men read my books too and a few have even posted positive reviews on Amazon.

What is about the Napa Valley that so inspired you to write “Learning to Speak American”?

The physical beauty of the place, the abundant sunshine, the warm, welcoming people, and of course the delicious food and wine. I began with the premise that if you couldn’t be happy there, maybe you couldn’t be happy anywhere. So I took an affluent couple, devastated by the loss of their only child two years before, and put them in the Napa Valley to see if it would heal their broken hearts and mend their broken marriage.

What was the significance of finding out you were quarter finalist in the Amazon Breakthrough Novel Award?

It was a huge shock! I naïvely entered my first draft, not realizing that first drafts are notoriously dreadful, especially when written by a complete novice like me. I have no background or training in creative writing and wrote from the heart without reference to rules, but when I got an email from the ABNA I realized two things. Firstly, maybe I was onto something with this whole story-telling thing, and secondly, I needed help if I was to learn how to do it better.

Before “Learning to Speak American” was published by Bonnier Publishing you worked with Wanda Whitely, how did you work together?

Wanda runs a literary consultancy called the Manuscript Doctor. With over twenty years experience in publishing, she has a wealth of knowledge which she willingly shares with her clients. I sent Wanda Learning To Speak American and she suggested that rather than self-publish, I should make a few changes to the first chapter and then send it back to her. Once I had made those revisions, she forwarded the manuscript to a literary agent who now represents me. Wanda also gave me substantial feedback on my second novel—An Unsuitable Marriage. I value her advice greatly and find her so easy to work with. Without her I may never have got a publishing deal.

How do you handle the competitive elements of publishing?

This is a difficult question. I don’t think of myself as competitive because, although I am driven to do well, I’m happy for others to do well too. Of course I feel a tinge of ‘I wish it was me’ when I read the Sunday Times bestseller list, but I’m genuinely delighted for those authors because I know how hard they have worked to get there.

What are the challenges of self-promotion for women writers? How does this affect you personally?

Self-promotion is absolutely essential for authors but it doesn’t sit easily with me. I wasn’t brought up in the digital age and am acutely aware that the image we portray on social media is a once-removed representation of ourselves. It’s useful of course, because it enables us to reach such a wide and diverse audience, but I much prefer the personal touch—visiting book clubs and participating in bookshop events, especially the Q&A element. I love meeting readers and hearing what they have to say.

Your second novel “An Unsuitable Marriage” has recently been published, in what ways have you grown as a writer between books?

Dramatically. As I mentioned earlier, I have no background or training in creative writing, so am essentially self-taught. Throughout the writing process I have therefore actively sought out constructive criticism and acted upon it. It was the tenth draft of Learning To Speak American that was published, and the sixth of An Unsuitable Marriage. With my novel-in-progress, I’m hoping to nail it in four!

How does the double-edged sword of perfectionism impact you?

I set myself high standards in all aspects of life, and am hard on myself if I fail to achieve them. Being a professional author shines a particularly bright light on the pursuit of perfection because you open yourself to rejection, criticism and bad reviews. It comes with the territory so you have to find a way to deal with it. Many of us have a negative, censorious voice in our head telling us we’re not good enough, and the trick is to silence or ignore it.

How do you measure success at this point in your career?

What’s the pressure like when you’ve a book deal, advance and deadlines?

Because of my background, I’m good with deadlines. I don’t think I’ve ever missed one (see earlier comment about perfectionism). Authors don’t have much say in their advance which is negotiated by their agent, and for me a book deal is a source of security rather than pressure. I do get quite stressed out during the editing process, but so far my publisher hasn’t asked for major changes to my books.

Sheryl Sandberg of Lean In suggests “The most important career choice you’ll make is who you marry”, how far do you agree with this sentiment?

I certainly wouldn’t argue with Sheryl Sandberg—the woman is an inspiration. And yes, of course having a supportive spouse is a huge bonus, not just in terms of your career, but in all aspects of life. I have been married for almost thirty-seven years and have three grown-up children. I didn’t start my writing career until my fifties and my husband has been there for me in every possible way. We make a good team.

In what ways do you draw inspiration from your own happy marriage of almost four decades?

Interestingly, although I am fortunate to have had a long and happy marriage, I write about relationships in crisis. At the heart of my first two novels are marriages tested to breaking point, although my novel-in-progress is about a love affair between an older man and a much younger man. Love in all its complexity fascinates me, not least because people fascinate me. The notion of two people committing to each other for life, without knowing what challenges that life will bring, is an extraordinary leap of faith. I took that leap and landed in just the right place.

How do you deal with the tyranny of the blank page or screen?

I write! You can’t edit a blank page so you have to put words on it. Lots of words. Don’t worry about them being ‘right’, just get something down. It’s amazing how, once you start writing, inspiration follows.

In Stephen King’s classic book On Writing he writes about tortured genius, how do you fit with this ‘wild side’ of creativity?

I loved ‘On Writing’ and while I’m not a fan of horror, I have nothing but admiration for Stephen King. From an early age he knew he wanted to be a writer and his dogged determination and devoted wife propelled him toward success. He freely admits to having been addicted to drink and drugs, and claims he doesn’t even remember writing some of his books. King is not alone of course—many authors have sought inspiration or solace this way. Sometimes it resulted in great novels but often it resulted in the destruction of great talent.

What is your 5 word memoir?

And finally, what is the one common denominator between mothers? (beyond children)

This is a difficult question and one which I have given a lot of thought to. Beyond the issue of biology—that we are female and have given birth—I’m not sure there is a common denominator. Mothers are a hugely diverse group, spanning the whole of the social spectrum. I think it’s easy to romanticize motherhood and of course it is wonderful to create and nurture new life. The rewards can be great but not every mother has that experience. There are mothers who struggle with their role, and those who do it so badly that they inflict damage on their children, intentionally or otherwise. Society judges these women harshly because they appear to have gone against nature. But what about women who have chosen not to be mothers—have they gone against nature? Or those who wanted children but couldn’t have them—has nature gone against them?

It’s such a complex and emotive subject that I can’t possibly do it justice here. But I would say that although my two novels entail very different versions of motherhood, the common denominator is their unconditional love for their children. Perhaps that would be a good place to start…..

Click the links below to connect with Collette on social media: